Why bother with Philosophy?

Philosophy. What is ‘philosophy’, and why bother with it?

Isn’t philosophy the home of abstract, pointless and unanswerable conundrums? Even if it isn’t, is there anything in such an arcane area that is relevant to our technology-driven world of today? Wouldn’t any attempt by a lay person to work through the bigger questions of ‘life, the universe and everything’ be nothing more than an amateurish repetition of some thought already covered at length by some Great Thinker, somewhere? Wouldn’t their ignorance simply reflect a lack of appropriate study, and aren’t they just paraphrasing the works and thoughts of others – even if they haven’t read them yet? Why waste time trying to come to grips with the imponderables of life when you can enter a key phrase into Google and, within seconds, be presented with a comprehensive list of references to classical and modern works by peer recognised experts from every relevant field?

Philosophy in the modern Western world is a broad field of study. Most people consider philosophy as nothing more than an alternative to religion. However, the love of wisdom is a handy thing when seeking excellence in a range of careers and callings. The rigours of philosophical argument and process have come to be appreciated across a broad spectrum of academic fields, often adding to the academic rigour of areas once considered unrelated to core philosophical thinking. Examples such as the Philosophy of Science or Aesthetics. Naturally, Wikipedia has a beautifully concise description of philosophy –

Philosophy is the study of general and fundamental problems, such as those connected with existence, knowledge, values, reason, mind, and language.

A definition this broad makes it more obvious why philosophy has been recognised by many seeking excellence but it does not address the relevance of philosophy to the daily lives of the average human being.

Again, we come back to the role of the individual Thinker in this expanse of Great Thinkers. Is it arrogance or an inflated sense of self importance that makes an individual think they can add to the debate started, and promulgated, by the Great Thinkers? If you were to comment on Descartes or Nietzsche, Satre or Camus, are you automatically claiming superiority of outlook, and if you do so without holding an academic qualification in philosophy then aren’t you simply expressing your own ignorance to the world? Does such activity lend itself to Hubris? Are any who embark down this pathway to be considered errant idlers, bums or loafers? Or interlopers on the hallowed ground of Demigods of the past? If you do not have an immediately retreivable repository of definitions, quotations and witticisms of the Great Thinkers then aren’t you a sacriligious also-ran?

All this writing and the point is still not clear. Before this becomes some Biblical counterfeit of minimal proportions, let’s condense the thought process into a simple statement…

Why think about Philosophy if the Great Thinkers have already thunked all that is available to think?

This site could just as easily carry the tag-line “why bother with philosophy?”, as it aims to raise and work through thoughts, ideas and interpretations in a way that could be considered philosophical, while clearly lacking the academic rigour so fundamental to modern philosophy. In fact, “Why bother with philosophy?” is covered in an previous post on the site – and one that deserves more than a transitory ponder. Perhaps the tag-line should be “coffee shop philosophy”?

The intention here is not to trivialise thought but to dwell on it. To savour and taste the fullness of ideas through essays on basic human thoughts. You may not consider this to be philosophy but then maybe you are not Still Thinking? 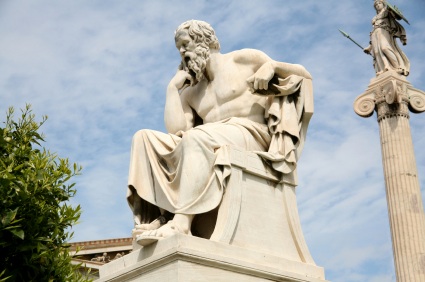 Click on this image to see all posts filed under “Philosophy”.