To be immediately distinguished from, and contrasted to seeking “statis“, whether through it’s rhetorical and judicial interpretations or via it’s medical or dramatic definitions. In fact, especially against its dramatic form, as “a state or condition in which there is no action or progress; static situation: dramatic stasis”. Why start a thought on ‘status’ by pondering ‘statis’? Because statis is what status is not. And it appears that a state of statis is highly likely to lead to a loss of status.

Does Status have a relationship to Authenticity?

Working through the basics of status evolves into a helicopter view of the seeking of status, and we are now beginning to touch on the real thinking behind this post. For what is “seeking status” really about? And so we embark on a roving ponder which was initially triggered by an impromptu library loan of “Satre Explained – From Bad Faith to Authenticity” by David Detmer. What was intended as a bit of light reading in between bouts of uber-heavy financial literature, elevated itself into a full-blown introspection of self, memory, truth and authenticity. But most importantly, ‘authenticity’. “Give me this day my daily face” may have been my old high school literature teacher’s favourite misquote from Tom Stoppard’s work but the idea clearly struck a chord, as it has resonated in my observation and thought ever since. So the active pursuit of authenticity would seem a past-time well worth the learning.

While the day-to-day play-acting of societally appropriate roles has piqued and titilated, Jean Baudrillard’s “simulacrum” has annoyed and pestered and poked to the point where you just want to clasp hold of your brain with two hands, and shake out the relevant simulacrum-identifying neurons. Once you are exposed to this insidious concept, you will see its continual applicability to our modern world. It provides a diagnostic label for the condition in which a thing “becomes “true” in its own right while bearing no relation to any reality, past or present”*.

And you know how it is once a disease has a name – you begin to see it everywhere that you previously did not. It’s a bit like buying a baby-poo-blue Mini, and then noticing just how many other people loved the same colour, and suddenly every interesection is full of baby-poo-blue Mini owners trying very hard not to notice each other.

So a simulacrum may be a picture, concept, quote or anecdote from history or a classic work of literature – but used in an empty, disposable manner.  You see that a lot in blogland or in the world of art and also in advertising, where references are used and abused, haphazardly and shabbily. So a simulacrum can be considered a lie, a reference to something that has or had meaning but is now stripped of context and devoid of meaning. One approach to this is to shrug your shoulders and sigh “so what?”. Just because someone uses a parody of Hitler to sell beer, shampoo, tea, alcohol, food et al, why should we care? If an Italian chain store wants to use Hitler to sell jeans, where’s the problem? Is it just a form of bad comedy or intellectual ignorance, and if that is the case then why worry about it?

But there is something to worry about – because a thing is being presented for that which it is not. Once presented, that “thing” now assumes a life of its own, in effect stealing the original meaning, and consigning the original meaning to oblivion by shoving it into the societal rubbish bin of discarded trivia. If we hold truth as being anything more than a quaint historical fancy then there is something to worry about. “Authenticity” is a many facetted precious jewel.

And so we return to authenticity and status. A chain of causality and outcomes, reality and experience, that is fattened by even a cursory skim through Andrew Potter’s “The Authenticity Hoax – how we get lost finding ourselves”. Mr Potter takes us on a journey through the workings of our developed-world pursuit of that esoteric but highly valued sense of “authenticity”. But he does so with a serrated bayonet, of the kind so hated in the trenches of the first world war. It just doesn’t seem fair when our preferences, prejudices and most deeply held principles are hacked apart in a rough and brutal manner – we humans prefer a more surgically precise, logically esoteric and more readily denounced attack on our innards and inner workings. Mr Potter defends that difficult concept of “modernity” against those who would seek to “return” to a better time, a time of cleaner air, purer water, when men were men and sheep were scared. Maybe not that last comment- but the idea is that the slow food and local food movements are nothing more than attempts to retain status by claiming ever more fringe elements of what it is that defines “authentic”. If healthy eating becomes mainstream fodder (is that funny?) then there is a need to identify with a “higher-status” form of eating. Your food may be healthy but mine comes from local produce… Your food may be local but i grow my own… and so it goes.

This is going to fly in the face of all those who seek to achieve a better world, with fairer outcomes for all, and greater levels of understanding. Some of these folk associated with searches for authenticity are going to see Mr Potter’s premise as an insult to their efforts or as a refutation of the desire for a simpler lifestyle and will seek to make a rebuttal against the support of modernity. But they will be fighting their fight from a shaky bastion, as  it can always be argued that what we do, we do for ourselves – whether it be to obtain status from others or to justify our own status image.

With respect to the self, it is about being spontaneous, risky, sentimental, and creative. Authentic social relations are built around small, organic communities that are nonhierarchical, noncommercial, and nonexploitative. Finally, an authentic economy is small and low-impact, with goods and services sourced locally and provided by family-run businesses, not franchises or other large industrial operations.

I don’t think there is going to be much argument there. Mr Potter goes on to point out that commercial usage of the term “authentic” is ok, because its context is overt and obvious “… you are in a world of bullshit, but you know it is bullshit, and they know that you know it is bullshit”. However, in the main, attempts at identifying “authentic” are at heart just further attempts to delineate authentic in terms of the exotic or an expensive form of sophisticated simplicity.

The Death of Authenticity

“There was once a dream that was Rome. You could only whisper it. Anything more than a whisper and it would vanish… it was so fragile”. We hear Marcus Aurelius utter these words to the general-hero Maximus in the movie Gladiator. He could just as easily have been talking about authenticity, and to some extent, he was. Maximus led his legions throughout the empire, fighting because they were told to, but also for Rome – even though neither Maximus nor many of his soldiers would have ever even seen Rome.

And so we are being asked to imagine a return to an earlier time, when the world (Rome) was a magical, better place, and a worthy memory under which to kill people today . Something akin to the American public pining for a return to frontier individualism and values. Should you doubt my draw of the longbow, spend a moment to read this gem from the Texas Monthly then follow it up with a few chapters of Cormack McCarthy’s “Blood Meridian”. Our Australian version is the heroic colonial past contrasted with the colonial eradication of the Tasmanian aborigine.

Mr Potter suggests that a closely connected modern world transmits cool at such a rate that cool is now a commodity like any other. Where once upon a time, bohemian enclaves sprouted and flourished in quiet locations before being liberated to the mainstream world, any such non-mainstream activity is quickly “found”, discussed and introduced to the mainstream. In other words, there isn’t time for authentic to occur authentically – it must be actively created or sought after. And therein lies the conundrum, doesn’t it? Conundrum or corruption – you choose.

Can there be authenticity in a knowing world? Are all attempts at authenticity status-seeking at heart? Can we aim for goals of authenticity without falling into these traps? If we accept that self-awareness is a positive characteristic, does the conundrum presented by the concept of authenticity remove the possibility of attaining the goal at any time?

So authenticity becomes hostage to a knowing. If we are aware of our task of being authentic then we are failing to be, authentic? 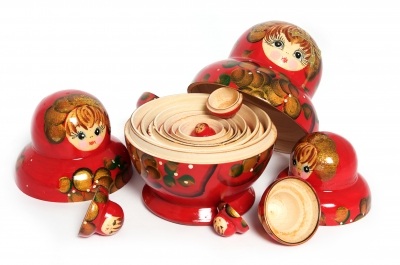 With all the multiple layers and facets that make up any individual, at what stage can we lay claim to the title "authentic"? Image: posterize / FreeDigitalPhotos.net

Is it possible that all this investigation and interrogation of “authentic” is just another example of being “too clever”? This is not as dismissive as it sounds, even though it successfully ticks a few of the fallacy basics from Philosophy 101. Ponder for just a moment. We are being asked to see the quest for “authenticity” as a statement of negation. That is, a non-statement that only makes sense when contrasted with that which “is”.

As justification, we are considering starting points for this “new”  dynamic, and it has to be seen as new or else we are actually seeing something that has always existed, and which can be seen as a basic building block of the human condition.

Mr Potter points to Jean-Jacques Rousseau as the ignition point of this quest for authenticity. Does it destroy the premise if we can find an earlier flashpoint? How about the Zealots of Thessalonica? Surely this little episode counts as a negation of authority, and a call for a return to “authentic”? But maybe not. History is resplendent in its quilt of regalia reformed, reshaped, reworked and redefined.

And here i am, a thousand years or so later, still pondering the inequity, unattainable, yet utterly and completely desirous, authenticity.

Am i just another status seeker?