Representative democracy means different things to different people. What does it mean to you?

If 75% of a voting population do not vote for a particular outcome, is the outcome representative of the democracy? 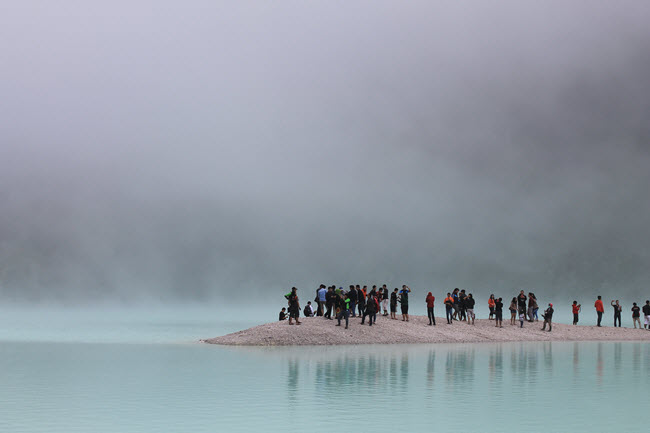 How do you best represent the interests of ‘the people’? How do you avoid leaving a large part of your population feeling disenfranchised? [image by Masha Danilova from Unsplash.com]

Representative Democracy in the USA

Here is a look at representative democracy at work in the 2016 United States presidential election. 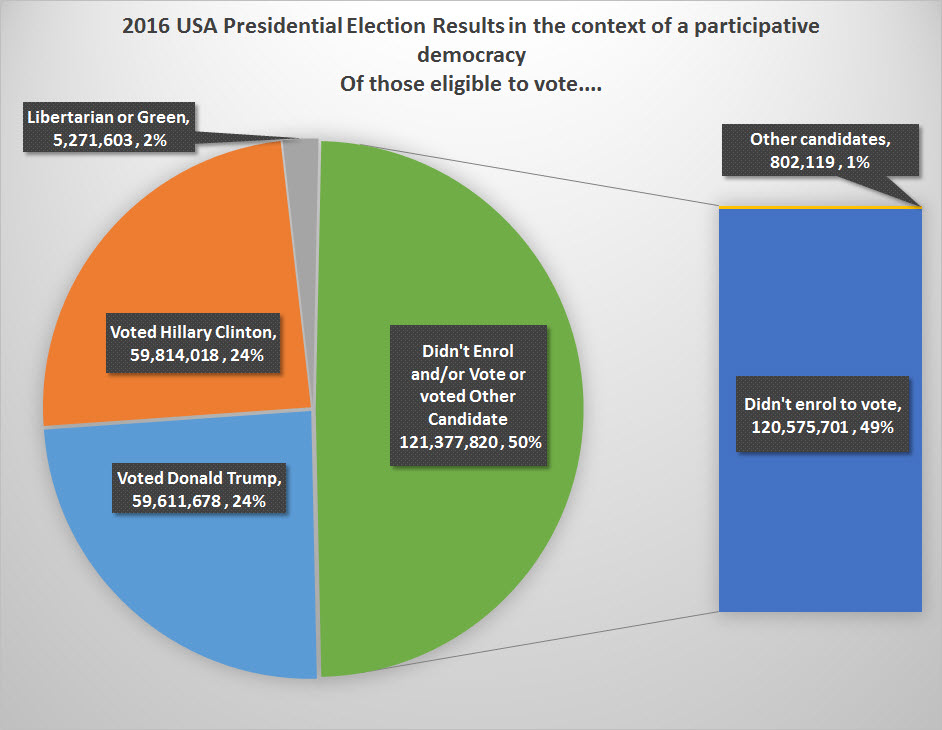 With 92% of the votes counted, how does the 2016 election reflect Representative Democracy in action?

Representative Democracy and not voting

How does a nation ensure that a vote is truly representative of the ‘will of the people’? If voter turn-out is 50% then are you simply identifying those who are motivated and willing and capable of voting or are you managing to fail to represent the 50% who have not voted? If you want to see higher representation levels, is it democratic to force your population to vote? Australia has mandatory voting, and therefore leads the world for voting turnout but what are the outcomes of forcing every eligible person to vote? The background history for Australian politics leading up to mandatory voting is a fascinating look at political maneuvering, class struggle, apathy, ideology and unintended consequences – beautifully set out in this essay by John Hirst that can be sourced from the Australian Parliament website.

What would happen were voting to be mandatory in the USA?