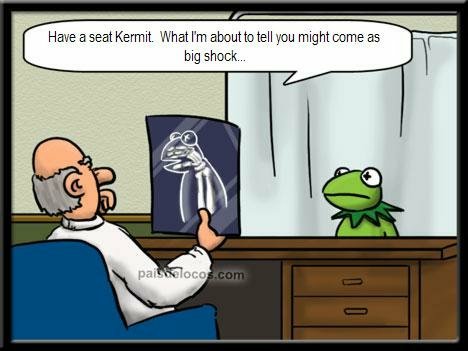 Does ignorance breed arrogance? We could argue the pro’s and con’s of such a statement or we could dive straight on in to the email chain-letter that triggered this particular think. After you’ve read it through, please think back on the proposition “ignorance breeds arrogance” and see if you agree that it fits the situation outlined.

One may not necessitate the other but this phrase too, has its provable point. “Intolerance” does not derive solely from “ignorance” nor is there a need for ignorance in the birth of intolerance. However, it is difficult to identify an instance of societal intolerance that does not rely on ignorance as its primary ingredient.

NOTE : There are two swearing adult words in this note, so please leave if you are overly P.C. Also, references to the dire economic position of the USA is used to highlight the relative prospects against those of people who live in Australia – where this email chain-letter is currently doing the rounds. This is not an anti-USA position but more a statement of relativity to highligh the ignorance that pulses through this email demagoguery.

This was written by a 21 yr. old female who gets it.   It’s her future she’s worried about and this is how she feels about the  social welfare system that she’s being forced to live in! These solutions  are just common sense in her opinion.

Put me in charge of Centrelink payments. I’d get  rid of cash payments and provide vouchers for 50kg bags of rice and  beans, blocks of cheese, basic sanitary items  and all the powdered milk you can use.
If you want  steak,  burgers, takeaway and  junk food, then get a  job.
Put me in charge of Medicare. The first thing I’d do is to get women to have birth control implants.
Then, we’ll test  recipients for drugs,  alcohol, and nicotine. If you want to reproduce, use drugs, drink alcohol or smoke, then get a job.
Put me in charge of government housing. Ever  live in military barracks?
You will maintain our property in a clean and good state of repair.
Your “home” will be subject to  inspections anytime and possessions will be inventoried.
If you want  a plasma TV or Xbox 360,  then get a job and your own place.
Put me in charge of  compulsory job search. You will either search for employment each week no matter what the job or you will report for community work.
This may be clearing the roadways and open spaces of rubbish, painting and repairing public housing, whatever we find  for you.
We will sell your 22 inch rims and low profile tires and your dooff dooff stereo and speakers and put that money toward the  “common good..”
Before you write that I’ve violated  someone’s rights, realise that all of the above is voluntary.
If you want our hard earned cash and housing assistance, accept our rules..
Before you say that this would be “demeaning” and ruin someone’s “self-esteem,” consider that it  wasn’t that long ago that taking someone else’s money for doing  absolutely nothing was demeaning and lowered self-esteem.

If we are expected to pay for other people’s mistakes we  should at least attempt to make them learn from their bad choices.  The current system rewards those for continuing to make bad choices.

AND While  you are on Centrelink income you no longer have the right to VOTE!
For you to vote would be a conflict of interest….. If you want to vote, then get a job.

How’s that for a rather opinionated piece?

Would you say that it is based on facts, objective analysis and thorough research? Frankly, i thought this email chain-letter was bereft of most of these favourable characteristics. And so i have drafted a similarly emotive, factless response, which will be distributed to the mailing list attached to the next such instance of internet demagoguery.

Here’s my response for your perusal/ ridicule / review…

All those who want to make radical change are forced to stand for Parliament.

In times of financial hardship, those who are working are asked to contribute more than they were in the past. This compounds the feeling of powerlessness, the impression of oppression and the sense that others are getting a free ride at your expense. This impression may be correct but more likely, it is a reaction to changed circumstances. The economics of a society is just one slice of the pie. Measuring all inputs economically is a false filter based on misinterpretation of the value of a human being as being solely financial. IF you wish to measure every individual purely in terms of their economic input, based on interpretations that you decide upon THEN you have the right to stand for parliament, and to rise to a leadership role, and implementing your radical policy change.

One of the greatest advances of the human race is the ability to reduce the suffering of the weak, the disabled, the ineffectual and the dispossessed. Basic human nature requires that the environment is viewed through a prism of me/them, with the addition of us/them in a standard modern society structure. This prism needs refocussing during times of crisis and difficulty.  If it is not refocussed, people start to send out emails bemoaning the ability of our rich and complex society to support all of its citizens, regardless of wealth, ability or their capacity to contribute. People start to make declarations and statements of what others should be doing. IF you think you are the person to do this then our democratic society allows you the opportunity to stand for parliament. No-one can stop you from seeking to rise to a leadership role, and implementing your radical policy change.

Nothing – NOTHING – in a modern developed society exists in a vaccum. Every single facet of that society is a development of its past, and a reflection of its current charateristics. Those who are ignorant or lazy or greedy or criminal or envious or slothful have a family background, an education history, a childhood/ career/ opportunity mix that is unique to them. Some of those people have taken the easy pathway, and some have ended up there for reasons beyond their control. IF you want to sit in judgement of every one of those individuals then YOU need to take responsibility for your thought process, and expose yourself to the argument/ridicule/judgement of your peers and the greater community. You will then be in a position to implement your policies and preferences BUT you will have to do so in an environment in which you must cater for the needs of the wider community even while seeking to impose your own radical policy change. If your points are valid, and there is sufficient merit in those proposals then it is highly likely that you will see some of those policies implemented. It’s up to you. If you believe society would be better with your policies then you need to put up or shut up. Otherwise, your voice of proposed radical change is no different to that of a thug at the football match or the average belligerent mouthing oaths at the tv news. IF you think you are the person to bring about a better society then our democratic society allows you the opportunity to stand for parliament. No-one can stop you from seeking to rise to a leadership role, and implementing your radical policy change.

Change and flexibility to adapt to changing economic and environmental impacts is the job of those who we elect to be leaders of the community. Democratic society allocates the right to vote to every citizen because any time a society has failed to do so, the end is inevitably cataclysmic and involves large numbers of the current society leaders losing their lifestyles or their lives. In a capitalist society, the worth of a person is measured in financial terms. This is the great leveller, and a rebound against the class-based birthrights of previous generations. Every person has the ability to work hard, think hard or simply take advantage of whatever is available, within the limits of the laws. Those laws are determined by those who are elected by the majority. Hence the dichotomy of democratic/capitalistic valuations of the individual are resolved. There is an avenue available for those who wish to implement minimal or even radical policy change. They need to operate within the law to influence the greater number of people to convince others that proposed changes are in the best interests of society as a whole. IF you think you are the person to do this then our democratic society allows you the opportunity to stand for parliament. No-one can stop you from seeking to rise to a leadership role, and implementing your radical policy change.

Social security/Centrelink/Medicare/Aged Pensions are a democratic societies way of balancing up agreed minimal outcomes of those who have failed or been unable to take advantage of the huge opportunity set of modern democratic, developed world countries.

IF you do not like the way that your society has evolved in regards to that balancing process then you have three primary options available to you:

Where do these emails come from?

A 21 year old is not likely to be in a position where they can stand in judgement of distribution of society benefits, nor are they likely to know or remotely conceptualise the millenia of history that brought society to the point where welfare benefits of any kind are freely available to every member of society.

The tone of the email suggests that this 21 year old has never encountered a person who genuinely copped the raw end of life’s deal. If they think society is wasting money in this area, perhaps they could do volunteer work to reduce the economic impost on society?

For a 21 year old to be worried about the distribution of wealth within a society indicates a distorted view of their own future, and the genuine benefits that society offers to those who work hard, are innovative, creative or resourceful.

So far, that 21 year old has probably contributed a little less than “fuck all” to the taxation pool of society, so perhaps their best endeavours would be better directed to improving their own future, and contributing to society in a more material way before shitting on the society that has fed them, educated them, and provided the huge infrastructure which allows them the capacity to put finger to keyboard, and push the “send” button to effortlessly waste the time and attention of thousands of people in an otherwise productive, happy and flourishing society.

But that’s just my opinion, and i’m too lazy, ignorant and belligerent to stand for public office to air my opinion. So i’ll just push “send”, and hope that some of this internet claptrap can be negated before it poisons one of the most successful societies in the history of mankind.

It all calls to mind Thomas Gray’s words…

“Where ignorance is bliss, ’tis folly to be wise”