Still Thinking about… the demagogue

Oh yes my friend, you should beware the demagogue in our midst.

Is that statement a little too self-evident? Why the emphasis on what amounts to a stock-standard character in any developed world society? A demagogue should be overtly and starkly obvious to even the most cursory investigation so why am i being so tedious? For this post, we are not even going to define a demagogue. This is a positioning statement only. There is much left to say about the demagogue in modern society. Why?

Because common sense is anything but common, and our shiny developed societies place more value on the cult of personality than on speaking plain truths. Even the concept of ‘plain truths’ gets distorted, when political parties thrust Mr or Mrs, Miss or Ms Average onto the public stage to make overly simple statements that sound correct but actually hide a myriad mess of false premises and errant logic. Every community will have its example but United States politics is resplendent with such folk. People like Joe the Plumber. ‘Same logic but different front-man/woman’ is evident when we have leaders and authoritative figures devastating considered debate with a primitive sound-bite or home ‘down-to-earth and pithy logic’ that fails every test of logic. You’re familiar with the style – it’s usually wrapped around some fictitious call for authenticity and the return of a golden, more honest and honour-worthy past.

Who is the demagogue?

So the demagogue in our midst may not be all that obvious after all. They are unlikely to appear in their true form – they may appear calm, studious, considered… stoic even. They will have a specific lure. Perhaps they have a casual strength that lends credence to their every utterance or a massive authority by virtue of family background, corporate success or academic achievement? This can be a problem, as in acknowledging these positive forces we fall for one text-book fallacy after another. Authority of one form or another can and often does cloak fallacy, something along the lines of those classic words uttered by Samwise Gamgee in the Lord of the Rings, when talking about someone who eventually turns out to be a hero in the story… “i don’t know Mr Frodo sir, i’d think a servant of the Dark Lord would look fairer and feel fouler as they say…”. This does not automatically endow the ugly with a pristine character but it is an interesting take on the request to not read a book by its cover.

How can you tell the demagogue in your midst? (image source not-alone.livejournal.com)

So why remind people of the blindingly obvious, and talk about something that is possibly already being discussed at coffee-tables? Why shouldn’t we just rely on our individual accumulated knowledge, experience and observation and trust that these will hold us in good stead, and guide us to good decision making? Is there a litmus test that we can use to help us identify the demagogue in our midst, and how do we delineate the demagogue from the righteous campaigner or the genuine societal reformist agitator? Are these character portrayals simply a reflection of perspective and outlook, muddled to insignificance in a world of relative values? To some extent they are, which is why basic values should always be questioned, poked and pondered under a slightly different light. It is only through continuous questioning that the true demagogue in our midst is unveiled.

Let’s start the thought process by looking a little closer at the social imperatives that create demagogues in our midst.

Oh yes, my friend – not all leaders are setting out to gain your favour by telling the truth. At least, not the truth as you and i would assess it. And i’m not even sure about you now, am i? Elections in the modern world evoke universal cynicism to the point that truth-telling becomes far less important than spotting lies.

As usual, the United States provides ample illustration of the diversity of opinion that parades as fact. Checking the facts behind political throwaway lines has becomes something of an art, with a huge array of loyal followers. Does lying change mass opinion? Groups such as fact checkers (www.factcheck.org) help the average person to find those little or large fibs, filibusters and outright lies. Interestingly, the 2012 presidential election was most impacted by a truth told by one presidential candidate, who publicly belittled half the population as being less than worthy of consideration. For all the lies, it was a personal truth that made the greatest difference. Makes you think, doesn’t it?

What is it that allows us (makes us) decide to like/agree with/vote for/subscribe to someone who we have never met in person, spoken to or ever would encounter in the societal circles that we inhabit? Moving in closer, which version of chicken-coop-hierarchy are we following when a group of people voluntarily ‘elect’ a leader (whether intentional and overt or simply a granting of power and superior status)?

Let’s draw a long bow and declare that human society is based above all on the concept of leadership. Whether the national decision making processes are based on autocracy, democracy, meritocracy, aristocracy  monarchy, communism, anarchy or any model thereof, there is a requirement that the bulk of the society trust that their leaders will provide circumstances for sustaining life and hopefully for improving it. That the leaders will also provide clarity of action, and allow their citizens to navigate those intents and get on with the act of living life.

You could argue that leaders do not need to provide clarity or that these conditions do not always exist. You could point to slavery and examples where the larger population is not given any say or consideration (the Spartan Helots come to mind). However, it would be difficult to argue against the statement that in all such instances, the tensions and disparities that inevitably flow have eventually led to a realignment of the decision making process and the redistribution of power. (Counter argument – that could be a time-frame measured in centuries! Counter-counter argument – time required doesn’t make the statement invalid).

For the moment, if you would please just give the benefit of the doubt to the idea that human society is based above all on the concept of leadership, and consider what this means for the effective operation of any society – but most importantly, a modern society.

You could even argue that most people in a developed society almost expect their leaders to impart truth in small measures. This may be a result of disaffection, as pork is directed away from your specific interest group or it could be a track record of genuinely bad leaders or it could be the final result of a weary electorate after cascading years of shortfalls in honesty.

If we take the argument to its extreme then people should expect their leaders to be incapable of imparting the truth at all times. Here’s an essay style article which suggests just such a thing http://thinkinghard.com/politics/WhyPoliticiansHaveToLie.html. Of course, the moment one human being expects another human being to lie, those two human beings have lost one of the fundamental components of efficiency in communication. Each will need to second-guess the other for intention or motive, and assess the likelihood that there is a lie in any component of communication. In effect, these two humans have lost the ability to communicate effectively as well as efficiently. Modern society pretty much would have trouble coping with a leader who continuously portrayed the absolute truth.

Oh yes, my friend these two virtues are only occasionally linked in the manner good faith would suggest. Trust is often granted in the absence of truth, while truth does not always engender trust. In fact, truth can destroy trust – but that is another ponder altogether. 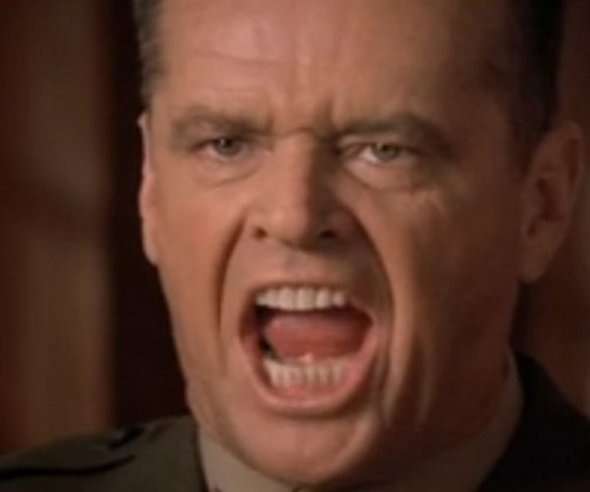 You can’t handle the truth! – the demagogues are in our midst

If truth is too hard to hear, what is it that is being spoken? Half-truths? Paternal fibs to make you happy in your societal bondage? Glib nothings that pander to the mainstream thinking that is already directed by hegemonic forces that are, by definition, invisible.

Ok. That is probably a valid criticism. Let’s stop for a moment, and empty our minds of accumulated ponders. Why is it that discussion on demagogues is so easily subverted by a myriad of seemingly disconnected issues?

Because that is how demagogues work. They start with half-truths or even full truths, and add, build and develop that core of vague truths with outstanding displays of long-bowman-ship and convoluted logic. It still remains something of a mystery that such foolishness can be accepted as credible by an increasingly and historically very educated public and yet it is.

Perhaps it’s the law of small numbers tricking individual perspectives, as we highly connected, educated, informed and aware modern citizens increasingly narrow our inputs through selective news and data sources. Ever wondered what happens when the internet and modern communications allow a greater diversity of input and opinion and yet so many people simply use these tools to seek out similar minded folk, no matter where they may be? The internet is definitely the Great Enabler, yet it also allows people with specific or even extreme views to track down pockets of like minded fools from across the globe.

Demagogues have been a part of the landscape of human society since its inception. That is a necessary function of the urge for power, control and “leadership”. We should by now have a pretty good handle on this innate cancer of an enlightened society and yet we do not. That is cause for concern. It is also cause for this post, and for this reason we should should all be, Still Thinking.

← Still Thinking about half-truth emails
What is My Inheritance? →