The absurdity of representational government

by Still Thinking on October 18, 2009 in Phiddling with Filosophy • 3 Comments

Yesterday the temperature here in Perth reached 36.4°C. Vividly clear blue skies, a hot breeze and a scorching sun combined to create one of those magical ‘pre-summer’ summer days. Today, the sky is a hazy mix of light blue and wishy washy off-white, two dimensional clouds. The breeze is cool and the interplay between full sun and shadowed cloud cover evokes revolving thoughts of warm clothing then cold clothing. The weather forecast is for 27°C, and the latest reading is 21°C. The forecast for tomorrow is for cloud and showers, and a temperature range from 15 to 22. Yesterday, i donned my favourite pair of jeans and a short-sleeved teeshirt. Around midday it was time for a swim in the bloody cold water of the swimming pool.  By early afternoon the jeans had been ditched in favour of camo shorts. Today, i opted for camo shorts and tee-shirt from the start.

Yet here i am, perched on a high chair, typing this note under the patio and wondering whether jeans might have been a better call. The short sleeved teeshirt is looking seriously inappropriate as the breeze picks up tempo while dropping a few degrees in temperature.

If i am having more than a little difficulty and am displaying a lack of success is choosing the appropriate clothing for the day, how much worse would it be if i allowed my clothing to be chosen by someone else? It’s not uncommon for me to feel cooler or warmer relative to the people around me, so how would i find someone able to understand my idiosyncracies and preferences sufficiently that they could combine this with an ever-changing weather forecast and provide me with appropriate clothing at any given point of time?

The comparison may be poorly drawn but this is the type of conundrum that exists when we consider representational government. It is inherently absurd. 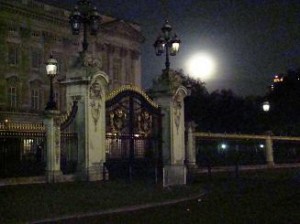 It is not possible to proffer a full and complete understanding of one person’s expectations, understandings, misunderstandings, past experiences and evolving guidelines for decision-making. If this is a valid statement (and your job is to argue that it is not), how can we pass on our decision making to someone else and expect anything other than a litany of disasters, sprinkled with the occasional moment of beneficial serendipity? Let’s say you pass that authority on to someone who has known you all your life – your mother, father or sibling. They may increase the hit-rate of occasional success in reflecting your perferred course of action at any given point in time but the longer they are away from you (representing you) the more that the representation becomes a repitition of previous representations or a reflection of your representatives evolving experiences separately from yours.

If you have passed that representational authority to someone who holds that same authority for another person then you are increasing the chances that the decisions made would not be those you would make. You are also accepting the potential for situations to arise in which your preferences will be relegated to the backseat and the preferences of the other delegator will prevail. Let’s say that your entire extended family pass on their authority to one person. It is reasonable to expect that if your preference does NOT prevail then at least the interpretation of the overall decision process of your entire family will be implemented. Of course, there is less chance of a single person being capable of interpreting the entirety of each individual family member when making decisions for them. How much further does the representative move away from individual understanding when they are representing a number of families? And what ‘connectiveness’ exists when the number of authorities passed to a representative reaches hundreds or thousands or millions? What will is the representative implementing when making decisions on behalf of the constituents that they represent? Any logical interpretation would have to suggest that the figure recedes to an infinite somewhere close to nil (i actually enjoyed writing that phrase for all sorts of reasons).

Maybe we could argue that the representative is ‘in touch’ with their constituency? Are they? How many of the folk in their fiefdom have they actually canvassed on any one issue? Perhaps they use regular polls of their constituents – does that improve our measure of ‘connectiveness’? Again, the logical answer is ‘no’ or more correctly, ‘yes’ but only to the extent that the inherent flaws of any sampling process can be reduced. Polls or ‘walking the beat’ have the potential to actually remove any even form of representation that could occur. How is that, i fail to hear you ask? Think of it in terms of a group of people sitting around a room, debating an issue. In that group there will be those passionately aiming at a particular outcome; those seeking to use the debate to clarify their preferred outcome and those who would rather be somewhere else. Some will have highly evolved skills at communication of their understanding and objectives, while others will have ideas and abilities but lack any capacity for effective communication. The folk passionately aiming at a particular outcome may not be the ones possessing skills of communication. The bored and disinterested may be the most effective communicators. The end result of all of this is that there will usually be one or more people who try to use forceful coersion to get their way (whether that be to get a resolution passed or to have it rejected or to have it deferred) and any number of other effects of the interaction between human beings in just about any social environment. Think this through a little bit. The more you think about it, the worse it becomes. Our well-meaning representative walks the streets to gain an insight into what is important to their constituency and there is a very high likelihood that they will simply end up being predominantly exposed to the loud and the anxious. A poll will be influenced by the manner in which it is run (mail/face-to-face/telephone/internet), the extent to which it covers the full constituency (unless everyone is asked about everything we have enormous room for manipulation of results, and even if we do reach everyone, the questions could be asked in such a way that there is no ability to provide the answer that best suits the individual.

Statistics is a highly evolved form of mathematics that helps us to understand the inadequacies of such polls and samples. However, like all professions, it has evolved in such a way that the mere expression of an error rate lends additional authority to the relevant interpretation of the results. Now i can hear you muttering about my taking such a negative view, and how this flies in the face of extremely well tested and academically robust systems but that is missing the point a little. The point is that representational government is inherently absurd. If we fail to see that then we are doomed to a higher level of dissatisfaction or unhappiness with the operation of that representational system.

That is not to say that it is better or worse than any other alternative system. It’s just a recognition of a fallacy that underlays the modern democratic state.

Some have suggested that technology could be used to provide us with a more direct representation. Alex Comfort (your job to reference it, not mine to provide it) suggested an access point in every home so that all people could vote on all issues, thereby improving the formation of legislation (at least, if a greater say to a greater audience creates improvement). There are immense difficulties with this system. What amount of background information is available for informed decisions to be made (how many people do you know who actually sit down at a computer and read anything more than a few paragraphs at a time)? What about the people who don’t have computers or access to them? Do we end up with simply a sleeker version of alienation of the dispossessed?

Democracy systems are arguably as old as human beings but it took the Athenians of ancient Greece to set up a system in a large metropolis as well as the ability to write down their experiences for later generations. A long and languid read of The Peloponnesian War (Thucydides) offers a fascinating insight into the mechanations of power and personalities in a participatory democracy. The Athenians expected their citizens to participate in the administration of their polis, or city-state. This is arguably very close to full representation. However, human nature ensured that it, too was flawed. There was no room for women, for the slaves or the non-citizens. How’s that for a ‘version’ of democracy. All you need is for the entrenched power base to limit the voting group to their field of influence and ‘hey presto!’, you have added the cloak of respectability to your hegemonic tools of the trade.

The reason for mentioning Athenian democracy is to highlight the difficulties of the system. Read about it and you will find demagoguery, coercion, the cult of personality, communal disinterest and the ‘rule-of-the-crowd’. The last is best summed up in the drama surrounding the Athenian assembly’s condemnation of the city of Mitylene in 428BC. After a revolt in the city, the Athenians voted to have every citizen of Miylene killed. A trireme was sent to pass on the order but the crew were not particularly keen to get to their destination. The following day, the assembly had a change of heart and authorised one of the City’s best triremes to stop the murder from being carried out. The crew made it in time and the city was saved. It was still punished, just not through complete annihalation. So direct, participatory government can also display similar faults to a standard representative government. The rule of crowd behaviour can make decisions from a large group worse than would have been the case with individual decisions.

These are just some of the absurdities of the representational form of government. There are many more, and one day a romp into the world of political statistics would be a rewarding cerebral endeavour.

However, there is another step that needs to be thought through or at least raised before moving out into that now bright sunshine near the pool – and that is to ponder the type of people who end up being representatives. Are they power-seeking? Egotistical? Driven by passion for change in one or two narrow areas? Would it be better to raise individuals displaying admirable qualities such as absolute disinterest to the positions of power?

The lack of ability of the human mind to encompass a massive level of data without categorisation results in political decision-making coming down to a few sound-byte catchcries that are barely representational of even a fraction of the issues on which the representatives will be expected to make decisions on. And so the election of representatives comes down to choices such as Republican/ Democrat or Labour/ Liberal and other such ridiculously absurd polarities.

3 comments for “The absurdity of representational government”