Religious Freedom – At What Cost?

by Still Thinking on August 31, 2010 in Phiddling with Filosophy • 3 Comments 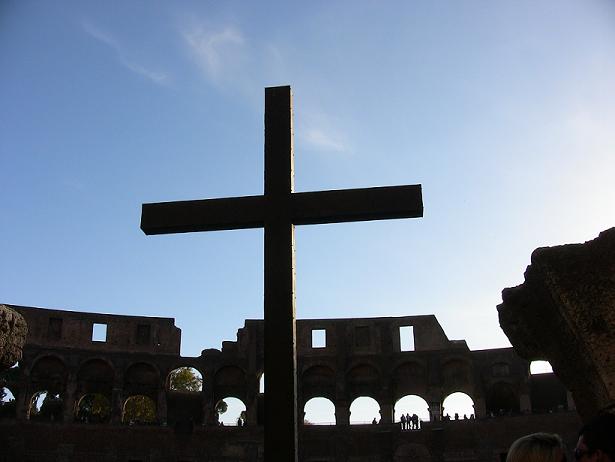 There is a lot of controversy over a proposal to build a “mosque” in New York city near the site of the September 2001 New York Trade Centre bombing. If ever there was an argument fraught with opportunity for narrow-minded and partisan thinking then this is it. It involves religion, nationalist pride and hubris, international power plays, sound-bite argument and opinions on the role of monuments and symbols for remembrance. Arguments for and against this proposal are often more a reflection of the commentator’s bias and attempts at redefining the narrative than any rational consideration of the principals and ideas involved.

Is there anything that can be added to this debate that is not already entrenched in mainstream thought and ideology? No. The key points are fairly clear-cut. However, their interpretation is anything other than clear. Even here in Perth, the Centre of the Civilised Universe, it is hard to avoid the level of emotion that is carried by those arguing for or against. Even here in the world’s most remote capital city, we are the recipients of spam from the internet’s pedagogue league. Some display an impressive rendition of the classic populist tactic used by crowd-stirrers since the dawn of time – start with the germ of a truth and expand, twist and distort it until you have clear support for your proposition. It is false argument cloaked in legitimacy and soaked in the emotive language of the narrow minded. Here is a link to just one example . At the risk of adding further legitimacy, the actual video is shown below.

For a blow-by-blow analysis of the rubbish logic and blatant appeal to emotion-over-thinking that this video embodies, please see the notes at the base of this post. And just in case there are a lot of followers of the Christian faith sitting back there nodding sagely at the ‘truth’ in this fellows attack on Islam, spend a moment pondering his suggestion that Satan is a Catholic. Interestingly, Pat Condell has posted a video in response to criticism of some of his comments and this one is particularly interesting, as it comes to the core of why you need to be careful of letting other people’s opinions direct your own. The video suggests that self-determination is the most important principle politically.

An Anarchist can only agree. The difficulty is that an Anarchist doesn’t like the political process anyway, and discounts the tyranny of the masses and the ability of governments and political structures to dominate, domineer, control, punish, discount, hurt, injure, intimidate, persecute and diminish the individual.

For a more balanced view of the whole “faith centre” thing, here is a Newsweek article with the key points. Here is an Australian example of the more “Conservative”-minded approach to the issue (note to self : investigate why very strongly held on the “right” side of politics are labelled “Conservative”…). And for the Armchair Anarchist view, here is an example of an Australian computer game site (which for some reason has the video on it) and associated comments. It is truly worth a look (not the video but the comments).

For those wondering about the veracity of the historical references of the video, look at this site which has far more credibility on the issue. Just sit down with a stack of historical volumes on medieval Spain, and the world of the Arabs compared to the Christian world of the time, and you will quickly see the Cordoba references being made by opponents of the faith centre are little more than superficially understood foolishness (i’ll keep the word ‘deception’ aside as being more emotive than is my preference).

For those who are interested in actually hearing what the people wanting to build the centre are saying, why not simply look at their website? Novel idea that – actually looking for the base-line material. Not nearly as much fun as watching YouTube videos or seeing everything as a reinforcement of your pre-existing views…

Unfortunately, like any religion Islam contains areas of dogma, precedent, belief and indoctrination that make it an easy target for those wanting to criticise its followers. Issues such as cruel and barbaric punishments (the use of fist-sized stones to commit communal murder of adulterous lovers buried shoulder-deep in the ground with cloth over their heads is one example), passages of scripture that incite violence, and interpretations of that scripture skewed to obtain political leverage are clear examples.

Stoning has recently been the subject of news headlines around the world, as has the mistreatment of women by fanatical followers of Islam. Ridiculous levels of censorship highlight the ability of Islam to apply punitive pressure by blanket decree rather than through any of the alternative means available to a modern society.

So here we have the key problem – the religion of Islam makes itself an easy target for criticism and ridicule. In many ways this is the same with Christianity, where fringe elements operate on literal interpretations of the Bible, while washing over or seeking to reinterpret the more ridiculous passages.

What should be done, if anything, by the broader Muslim community to highlight just how far these extremist views differ from the “average” interpretation of Islamic scripture? Should all community leaders globally issue a joint rejection of extremism every time some poor deluded soul puts on a display of narrow-minded foolishness? Should modern non-Muslim countries ban Muslim activities on the basis of these views unless the local leaders make a statement distancing themselves from such activities?

Perhaps the less extreme followers of Islam should set up a “faith centre” somewhere with symbolic importance, where they can put on display their interpretation of Islam?

Ooooops… someone’s already trying to do that, aren’t they?

Set out below is a more pragmatic interpretation of the Pat Condell video. It is only one version, and you are free to add your own brand of rhetoric. However, try to keep the little figures on your shoulders happy by allowing them an equal say in just how you receive this issue :

There is a great deal more that could be said about this particular interpretation of the building of a religious centre. However, it is a sad truth that we humans are happier to follow our faith, beliefs, opinions and the daily news bulletins of commercial television than we are prepared to put the time aside to try to open our minds and actually THINK about something we disagree with.

← Billionaires and Philanthropy, Death and Taxes II
What is the “cost” of maintaining a society? →

3 comments for “Religious Freedom – At What Cost?”