by Still Thinking on November 13, 2010 in Phiddling with Filosophy • 2 Comments 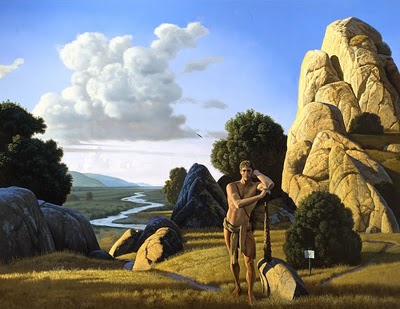 How do we know which path to choose? What is right and what is wrong?

How can “good” be a conundrum? Surely all humans would agree on the basic basket of characteristics reflective of that which we consider “good”? But what about capital G “Good”…? How much can we agree on what is Good? (for simplicity, let’s stick to using “Good” with a capital “G” to designate our all-encompassing version of what is right and appropriate with the world, versus small-“g” good when simply used as a convenient descriptive verb).

Grammatical rights and wrongs on that definition aside (and apart from the likelihood of it being a delineation as much as it is a definition), how is a person to be Good?

If a woman learns to cook and sew, and act in a polite manner when in company, and to succumb to the wishes of her Dearly Beloved then is that woman Good or just good?

Historically, such a woman would make a fine partner to a Victorian Gentleman. Arguably, such a woman would be considered an appropriate partner in many eras. These characteristics were recognisable in the 16th Century when Shakespeare considered them to be reflective of a good woman in his play, Taming of the Shrew. The Bard’s real intentions aside, the play reflects thoughts and ideas duplicated across civilisations and time. If Australia’s beer advertisements are granted authority then all that is required to bring the image up to date is to add an ability to smile demurely while one’s partner shares a beer with his mates. All-in-all, good is quite within reach of any woman.

Culturally, these traits may define good, in that they offer the least friction to acceptance in male dominated societies. Would this woman be a welcome addition to a small Amazonian village, the cities of the Côte d‘Azur or New York? If this is true then is it enough to be good to be Good?

Religions formed in ancient cultures especially would see such a woman as being good. Islam or Christian or Jewish faiths would praise this woman. So is she to be described as Good?

And yet those same societies could ostracise that same woman, were she to fail to display appropriate obsequence to other cultural norms. If she simply did not believe in the same god or gods or deities then those other good characteristics may not be enough, and suddenly our shining example is now branded as Bad.

So now a good woman is Bad.

If a man sticks to his word, stands up for the helpless, protects his family and comes to the defence of his friends he may be a good man but is he Good? 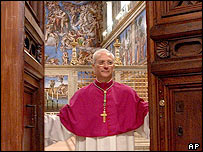 The current head of the Catholic Church, Pope Benedict XVI, spoke out against such relativism  when he was Cardinal Joseph Ratzinger, shortly before being ordained as God’s Voice on Earth. You could say that this is to be expected of the man who previously held the post of Chief Inquisitor – a quaint carry-over from the medieval enforcers of all things theologically correct. However, this would be a fallacious argument, as the core issue of whether it is possible to find Good in relativism remains intact. Can there be a Good that is not relative? Is it conceivable that Good can exist in a world without a hierarchical authority? If there is no finite Authority then aren’t we cast adrift or left clinging to a rock in a sea of doubt? The Cardinal certainly thought so (and so does the Pope, assuming the elevation in rank allows for such continuity).

There is certainly a great deal of strength of purpose and certainty of meaning that can be derived from taking the stance offered by the popular religions. That absolute conviction that right is right and wrong is wrong allows a black and white view of the rainbow coloured world, and this provides direction and an ability to enforce your own objectives. It is this conviction that arguably allows primitive world views to persist in a theoretically advanced civilisation, so its power, persuasiveness and overwhelming presence should never be underestimated.

And yet the same absolutism that is proffered as a benefit by the major religions (all religions – even atheism, as some consider this simply an alternative religion) is the force behind much that is good in the world. Charity, benevolence, tolerance (uhm… might need to put that one aside a bit), comfort, protection, absolution and forgiveness, contentment, and ease-of-mind are all possible when the ideals of any one religion are brought into our earth-bound sphere.

The difficulty of course, arises when we consider two good women/men, both of whom would be considered good in a Christian/ Jewish/ Islamic culture. These two people would differ in opinions on few areas outside of their religious beliefs, yet those beliefs are strong enough to allow each to denounce the other as Bad. An apologist would suggest that if each were a good person then they would forgive the other for their indiscretion of being born into the wrong culture, and therefore be able to overlook the religious affinity. However, that is a perfect-world view. If sufficient pressure were brought to bare then each would eventually be likely to denounce the other – the religious views are simply too polarised to allow for mutual respect to be universal. At least, when combined with the enormous divergence in character and ability observable across the sea of humanity it is (covered in a broad sense in a previous post … http://www.stillthinking.org/the-anarchists-handbook/in-the-defence-of-apathy/)

Can we move aside from beliefs imposed from on high? It is a difficult thing to do, as each society inserts into our subconscious self its unique hegemonic belief-system but it is something that we should at least attempt to do, if we are going to avoid falling back on an absolutist answer (and therefore be subject to the very strong logic of relativist argument – that our view is simply a reflection of our particular society). Some would argue that we can still achieve universal definitions of Good, even from the point of view of a particular religion or belief system. This may be true but to achieve this there is inevitably an eventual need to move away from some aspect of the particular belief system (such as ignoring particularly silly or contradictory sections of the Bible or the Koran or other holy books, leading to proof of an inevitable fallibility of those texts as being the true words of a higher authority and not simply the interpretations and cogitations of men long dead). Once you start chipping at that bedrock, the end result is a position of cherry-picking what should and should not be taken literally, and a need to fall back on the default principle of fixing interpretations of holy texts by reference to those same holy texts.

Aha, you say! This may be true but at least it provides some certainty as opposed to a world devoid of such central belief systems? Relativism eventually ends up believing in nothing, and leads to acceptance of behaviour in others that we would not display ourselves or would not want used as a basis for actions against ourselves.

This is a reasonable proposition. Is it the great fault in a relativist position? If we sit in our little sofa of remoteness, are we going to accept that one society can bury a young couple up to their necks and then use stones to murderously wound and injure them until they are dead – because they chose to express their love for each other outside of societal convention? Are we going to accept the rights of societies to enforce covenants and oppression on minorities? At what stage do the overbearing positions of one part of the human species allow power and control over another? Is it possible to remain purely relativist and still allow for everyone’s relative preferences?

And so the arguments against relativism continue. In the same way that arguments can be raised, dealt with and changed to still be viable issues when discussing theological certainties and measures of Good.

Is there a problem created simply by defining Good? How can there be, i don’t hear you ask yourself… Well, by defining what is Good we will immediately categorise that which is “not Good”, even if unintentionally. In other words, we define Bad, more colloquially known as “Evil”. Although one should be careful in the use of the word Evil, as it has been stolen, branded and re-branded by competing ranchers in the great prairie of human civilisation. Perhaps Good should never be strictly defined?

Alternatively, maybe Good would be best defined by stating that which is Bad? Most people would consider the injury or killing of another human being to be a bad thing. However, even here shades of grey emerge. Killing may not be a Bad thing if it is somehow justified – such as killing in the name of revenge or justice nationalism or faith or ideology. Philosophers and theologians delight in presenting conundrums of choice – where the relative value of one human life over another is presented in an agonising choice of actions. And if we simply avoid participating in the areas raised as Bad – does that allow us to claim that we are Good?

Would it actually be possible to ask every human being to list that which is Good, that which is Bad, and distill the listings until we find a commonality that can be used to establish common human conceptions of Good (and Bad)?

What if there is another answer? Is Good a ‘natural’ part of every human being? If we were to argue that all humans contain that which is Good built into their psyche or DNA then we ignore the need of every new generation to relearn the basics. Each individual needs to discover Good for themselves, which would tend to suggest that any inherent Good characteristics require nurturing and a suitable environment to become standards of behaviour. Colin Turnbull’s work on the Ik of Uganda (the Mountain People) and the Mbuti pygmies of Zaire (The Forest People) is a fascinating insight into aspects of human behaviour in a range of conditions, with the Mountain People being especially pertinent to any discussion on what is fundamentally Good.

It may or may not be philosophically possible to define that which makes us Good but there can be no doubt that spending time thinking about the issues is time well spent.

← My Mind Is Greater Than My Mouth
Is Anarchy going mainstream? →