by Still Thinking on September 22, 2010 in Phiddling with Filosophy • 2 Comments 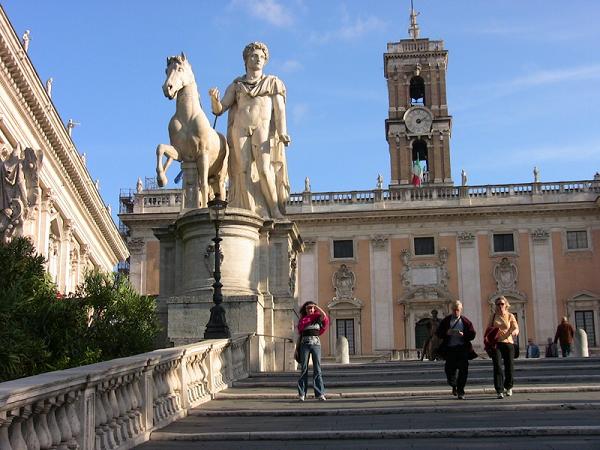 If we search for ‘i’, we will do so with the mental framework built on our social framework – a pre-configured filter through which we assess all sensory input. Even a single image involves an immense stack of preconceptions and inumerable forms of bias. Simple points like colours can hold different significance depending upon your environmental and cultural background. Just think about and repeat in your mind the words ‘black’ and ‘white’ to form a taste of your own internal processing filters. Human images involve attitudes towards height, shape, conformity to expectations and appreciation of beauty, race, gender and demeanor. All this before any assessment of the contextual environment can be dealt with!

And then there is the issue of intent and construction. On what terms was the image compiled? Was it artistic, propoganda (allowing for the premise that all art is propoganda), graffiti, academic, a stillframe from a movie, a painting, a thought or an attempt to build a picture in the mind? The interpretation of images, perceptions and ideas through culturally-framed lenses is a well understood principle of modern cultural and philosophical study.

Clearly, we humans have a difficulty interpreting the world around us, and our place in it. How do we then allow ourselves the freedom to consider a concept as vaguely defined as “God”?

In a physical world so full of daily imperatives there can only ever be limited time available in which the individual can put time aside to consider the concept of “God”. Not in the sense of praying to, thanking, berating or discussing with an already formed conception of “God”. Rather, taking time to just ponder “God”. There are so many reasons NOT to. Judeo-Christian and Islamic traditions tell us that we cannot consider the mind of God, as God is beyond conception. God is infinite, unmeasurable, supreme, pure, unfathomable or in some other “more” sense, greater than anything you or i could formulate in our diminished little minds or comprehend with our limited capacities. Over the centuries of the dominance of these religions, many deep thinkers who have struggled with the more ridiculous, counter-intuitive or simply contradictory passages and interpretations of scriptures have moved to a more mystical approach to spiritual matters on “God”. This allows the individual to avoid these interpretive distractions and seek their own form of or relationship to/with “God”.

A starting point for such thinking is probably a long ponder on whether the individual “needs” a God. In other words, dwelling on why the thought relating to the word “God” is in your mind anyway. Who or what put it there? Can you separate your cultural and environmental framework from your own thoughts? Arguably you cannot but by simply forming these questions in your mind you are taking the first steps towards that ideal. Like Spinoza or Descartes, you are making an attempt to break free of preconceptions, and to embark on your own journey.

Of course, one aspect of starting any journey is that you are quite likely to eventually find your destination. “What’s wrong with that?” you are asking yourself. It’s not so much ‘wrong’ as it is a potential misstep to keep in mind from the beginning. Just because we think something should exist, there is no necessity that it actually has to. This doesn’t mean starting from a point of view of the non-existence of a God but rather a self-awareness of the urge to find outcomes and meaning. As an example, let’s ponder a person trying to find evil. Interpretations aside, that person is going to find evil somewhere. Even if they peer into an Amish enclave or the musty hallways of the Vatican, there will be situations, people and events open to the label of evil – it’s just that eventually, that searching person will start to look for lesser and lesser evils until they are potentially identifying rather mundane situations, people and events in this way. In the search for God, some will end up in a “half-way house”, where a failure to clearly identify a God results in acceptance of some form of nothingness and a loss of clear thinking.

The modern Western idea of “spirituality” can be seen as a half-way house. A place of refuge for those who have rejected the orthodox teachings of their childhood. Spirituality of this type is often just a tumbled mix of mislabelled ideas and thoughts. The speech below is a very coherent monologue on the issue of “Spirituality”, in the context of Indian thoughts and ideas.

Of course, any such oration should include a rebuttal, and here is one from a person who sees value in a Spiritual approach to life.

Link to rebuttal of that speech by a Spiritualist : http://srisriandjavedakhtar.blogspot.com/

The starting step of considering “God” assumes that such an entity or thought actually exists, which creates its own conundrum when you stop to consider just what form of existence any God entity would have. If a God displays an emotion then is that what you would expect of a perfect being? Logic would suggest that emotions are human characteristics, and so we would simply be anthropomorphising a deity. Does ‘place’ matter to a God? If it does then we are not dealing with a perfect and all-powerful God, as all places are God (otherwise you end up with a distinction that this particular God has a form, which would suggest it occupies space, which in turn suggests we are dealing with a being with limitations).

No idea. But it can comfortably be said that if you don’t or haven’t spent time pondering “why” you think of God then you are probably just reflecting your particular culture or environment. Mind you, as Seinfeld so elegantly put it, “Not that there’s anything wrong with that”.

← What is the “cost” of maintaining a society?
Comprehending Utopia →