by Still Thinking on October 26, 2010 in Phiddling with Filosophy • 0 Comments 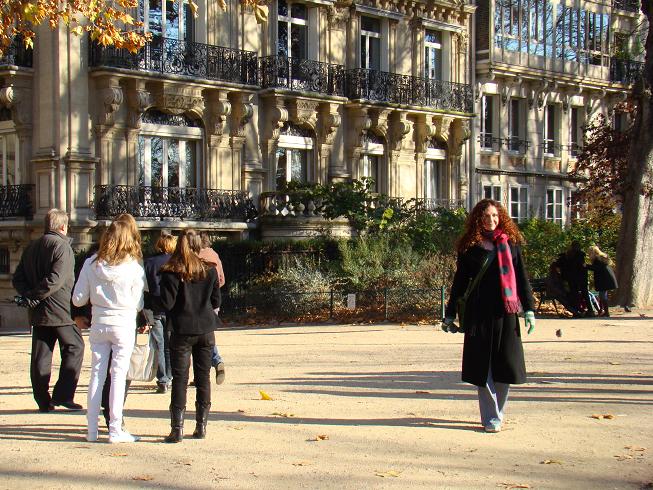 Can a society or race "learn" enough to progress...?

The flow and ebb of time around cultures and ideas continues unabated, even in the face of more pressing ‘real world’ living imperatives. It has always been this way. And yet, what would be a workable alternative? If you were the great Benign Dictator, with the entire world as your fiefdom, how would you run it?

History is an never ending list of records that register the rise and fall of communities, kingdoms, nations, religions, spiritual ideas, political systems and mandates. If we look at some of those episodes in more detail we will observe situations where the people involved have persisted in debating esoteric issues such as religion or spirituality with incredible ferocity, even while facing personal hardship and adversity. Dwell for a moment on the 100 Years War then visualise a band of starving villagers fighting their enemies, and each other, as they try to balance competing obligations to provincial lords and religious fanatics. It is a recurrent theme to read of diseased, starving people in hostile environments choosing to argue over an idea – whether it be political or religious. Often this is still the case even in the face of a declining or diminishing societal environment. In other words, their society is declining or dying and those people choose to focus their energy on fighting each other rather than tackling the death of their culture. Some time later, people from a new culture will look upon the remains of that society, with weeds overgrowing long forgotten architectural accomplishments. The winds of time will have swept away previously cherished stories of great deeds, ambitions, desires and ideas.

Just how important were all of those esoteric issues when measured from the wasteland that follows? If we sit on a rock in Meteora, how important is it to us that the Emperor of Byzantium did or did not grant control over a few pillars of stone to some reclusive monks? When holding your hand up against a mirror image rock painting in the Australian Outback, what account do we give for the ideas and anguish of the people who left their imprint?

Are we really just whim and fancy? Does it really matter what we think or how we act? If it matters to us now, isn’t that just our very short term perspective distorting realities? Why is it that we cannot see history as anything other than something that happened to people of the past? Surely it has relevance to us today?

Would we be better served to change the words we use when addressing prior events or people? Is there some way that we can bring a sense of immediacy to those past events and therefore more readily look upon them as lessons, as experiences and sources of knowledge that can help us to work out how to live today?

There are all sorts of fancy, witty quotes that remind us of the importance of history, and that we should remember past deeds so that we are not doomed to repeat the errors of the past.

In modern Western society, ‘history’ is something the musty old academics bore you with or it is the base for a form of entertainment – like a film or a fictional book. It is not usually portrayed as an important starting point for considering current dreams and aspirations. Even if we look at a current issue in a historical context, that context is usually limited to the specific timeline as it relates to events and people directly impacting upon that issue. It is rare for comparisons and contrasts to be drawn from the wider pool of experiences.

To some extent, this may be a natural outcome of the way our brains interpret the ‘past’. That is, through a filter firmly fixed in the ‘now’. This filter ensures that all of the past is just a memory, easily dismissed and of lesser importance when compared with the pokes and prods of today. Clearly, this is a rather important relief valve for our minds or we would find ourselves tormented by every foible and folly of our past on a day-to-day basis!

However, this reduced ability to conceive of the past as holding worthwhile lessons is a definite impediment to clear thinking on issues affecting societies today. Here are a few examples of just why this may be a justifiable statement:

This can all sound trite if we simply say “today is different”, “they weren’t dealing with the issues that face us now” or any of the other dismissals of lessons from the past.

If we assume that we are living in a world more “advanced” than that which came before, and that society has “progressed” then how do we explain a complete inability to avoid making the same mistakes that history shows were made so many times before?

Could it be that the human race has no hope of moving beyond the limitations of individual faults – like greed, envy, avarice and, hate?

Is relativism a pathway to nothingness? Do we need to follow a single ideology to gain the prospect of perpetuity?

Perhaps spending a moment pondering Utopia is a good way to start? If you were the Great Benign Dictator and the world was your fiefdom, how will you run it?

If we assume that there is sufficient resource and capacity in the world to meet the basic needs (clean water, food, shelter) of every individual, how will you choose to allocate spare resources? How will you allocate land, fish stocks, access to waterways, capital and labour? Would you form an opinion of the minimum entitlements of every one of your minions (whether on the basis of return for input or basic wage or state of living or, or…) or would you simply make access to resources free to all and let the fittest take the most?

Maybe a measure of “progress” for the human race would be the level to which “self-awareness” is displayed within a society? In other words, actions that show an understanding of the scale of life and the lessons of the past. Esoteric it may be but surely there has to be a better way of measuring progress than Gross Domestic Product. Or at least, you’d like to think there is.