Many years ago, there were rabid predictions of looting in the streets, famine, war and conflict as a result of population growth outstripping the earth’s resources. In an article by the ever-reliable Wikipedia, some of the language of doom from the time can be seen in extracts from the 1968 book “Population Bomb”

The battle to feed all of humanity is over. In the 1970s hundreds of millions of people will starve to death in spite of any crash programs embarked upon now. At this late date nothing can prevent a substantial increase in the world death rate… (Wikipedia article here)

Such calamitous predictions have turned out to be wildly wrong – at least, so far.

Fears of millions of deaths from famine have not eventuated, even though the population has grown from 3.55 billion to over 7 billion now (http://www.infoplease.com/year/1968.html)

It turns out that the human quest for technological innovation and process improvement has more than kept pace with the needs of a population that has far outgrown even those dire predictions. Improved farming techniques and careful plant selection have dramatically increased the mixes of soil quality and climate that can support productive food crops. Improved equipment uses less energy to achieve greater output, quicker and with less negative impact on the environment. Understanding of, and the capacity to deal with complex interactions of climate, soil, water and crops allows for continual improvements in yields. Making previously unproductive land arable can result in even further improvements. Transport and storage improvements allow the greater output to be more widely distributed and to be stored for longer, making genuine inroads into wastage and spoilage losses. All-in-all, the human race appears to be coping quite well.

Identifying and improving the stock of arable land is incredibly important. With effort, perhaps it is even possible to continue to meet the needs of the growing human population? Remember that we are adding a billion new mouths to feed each 13 years or so… (source: http://www.smartgrowth.bc.ca/AboutUs/Issues/AgriculturalLand/tabid/111/Default.aspx)

Many years ago, there were wild scenes at petrol stations, as frantic motorists lined up to fill their cars while petrol remained available. The US President asked motorists not to buy petrol on weekends, and a large percentage of the population complied. 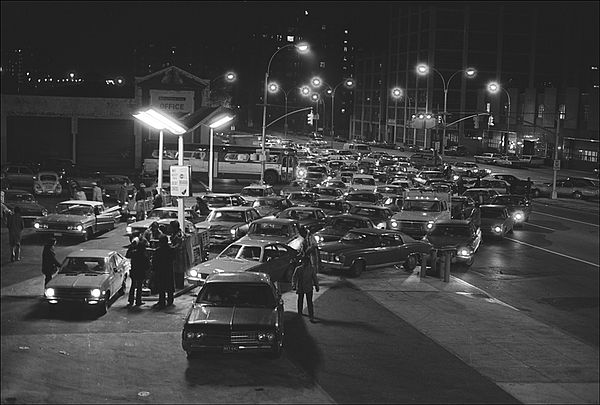 The worry and concern about oil supplies flowed on to products made from oil or which used oil in their manufacture. Even toilet paper has its five minutes of fame, as worries about toilet paper shortages led to hoarding of supplies, and the inevitable shortages. 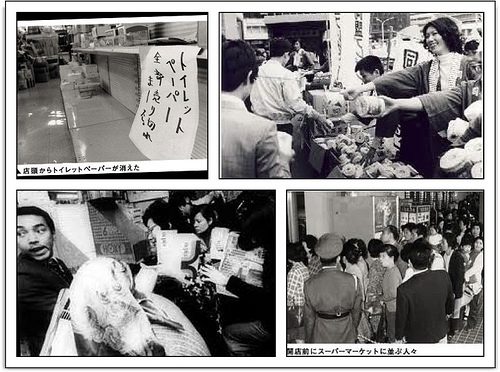 Toilet paper crisis hits Japan. Worry about a shortage often leads to the shortage that was being worried about. (image source: http://williambanzai7.blogspot.com.au/)

The initial shock of potentially losing access to oil stimulated greater efforts for alternatives, and a scramble for models that might help predict the future availability of oil. The realisation dawned that oil was a finite resource, and that production would eventually lead to a peak output, after which an inevitable decline would set in. When combined with predictions for escalating oil needs, the potential for fearful reactions becomes obvious. Again, these early worries turned out to be at variance with the real world outcomes. Even the squeeze that pumped the price of oil towards $200 a barrel in 2007 turned out to be a false alarm, as the price of oil plummeted as the full impact of the Global Financial Crisis set in. Technology has now opened up vast supplies of gas energy through shale resources, and new processes that extract gas from areas once thought impossible to harvest. 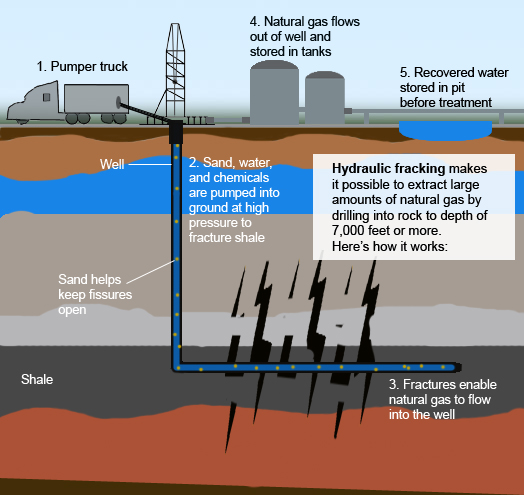 So much new USA gas production has come out of this new technology that it would seem that the USA may have the capacity to actually export energy..!

“Climate change” bought about by human interference with the earth’s natural processes is arguably the current issue of popular concern. Higher average temperatures globally, melting glaciers and icecaps. New trade routes and opportunities to exert power and influence are being targeted as the Arctic ice retreats at record levels. Ocean reefs are endangered by changing temperatures and rising sea levels. Water supplies get called in to question, as ice-melt based water resources dry up.

It is quite possible that human ingenuity and innovation will come up with an “answer” to help fight the implications of climate change.

Perhaps at this stage, we should take a step back and question the eternal striving for excellence that produces these amazing advances…

All of this human creativity and endeavor has resulted in a capacity to support a massive increase in population. BUT.. has this been a good thing? Are we just postponing the inevitable? Are we simply gathering a greater herd of lemmings to fall off the cliff when we eventually do reach it?

It’s only a brief thought – but is striving for excellence really the shining objective that it is held up to be…?