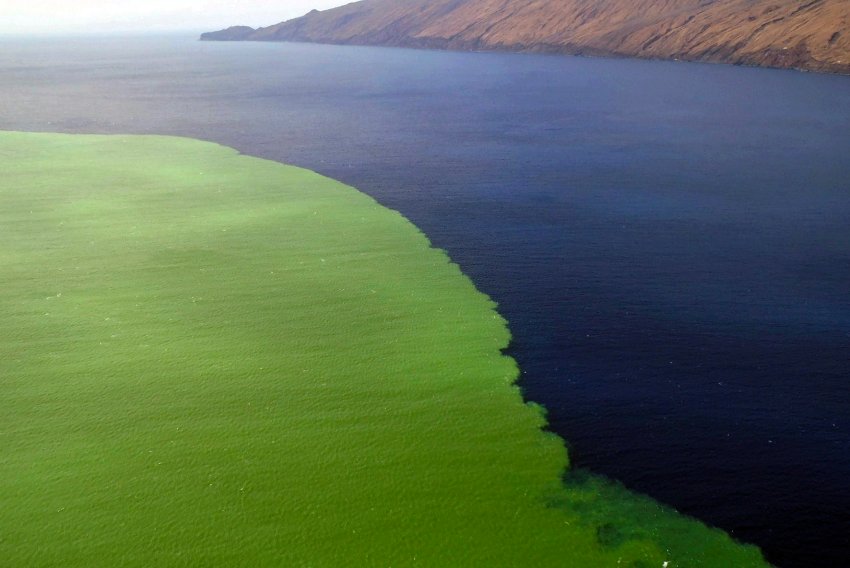 epa02969819 An aerial view of the coloured water surface caused by the lava and gas emissions coming from the eruption of an underwater volcano in the waters of the Calmas Sea off the coast of Hierro Island, in the Canary Islands, Spain, 17 October 2011. The smallest of the Canary Islands has experienced about 10,000 earthquakes since July 19 in a sign of rising magma. A process of volcanic eruptions began on 09 October. The eruptions are occurring south of the fishing village of La Restinga, from where about 600 people were evacuated on 11 October. They included 31 tourists. Two dark magma spills smelling of sulfur have confirmed that eruptions are taking place. Gases emitted by the eruptions killed fish that were found floating on the surface. Experts said the gases did not present a danger to the island’s 10,000 residents. The eruptions were not expected to become large enough to produce significant waves. EPA/GELMERT FINOL +++(c) dpa – Bildfunk+++