And on the 7th day, Man created God 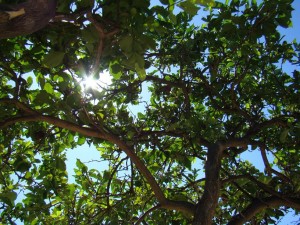 There is no attribute of God which is not either borrowed from the passions and powers of the mind, or which is not a negation. Omniscience, Omnipotence, Omnipresence, Infinity, Immutability, Incomprehensibility, and Immateriality, are all words that designate properties and powers peculiar to organised beings, with the addition of negations, by which the idea of limitation is excluded.

An oft-quoted reason for assuming a God is repeated by Morgan Freeman’s character Carter in the movie “The Bucket List” when he suggests that 95% of people believe in a creator. In the film, Jack Nicolson’s character Edward is given the role of cynic and his answer is that, in his experience, 95 percent of people are typically wrong. Something along the lines of Oscar Wilde’s “everything that is popular is wrong” (for a great modern-day interpretation, read this).

This brings to my less-than-perfect mind the question of whether the large percentage application and idea is telling us something about ourselves?

Let’s firstly deal with the issue of the underlying assumption… The argument assumes that of the world’s human population of between 6.692 billion and 6.803 billion  there would be 5 percent non-believers, which would amount to something like 334 million to 340 million human beings. Considering the data generally available on religious adherence, this seems a bit understated. Given that around one fifth of the populations human beings live in China where the figure for ‘irreligious percentage’ is shown as over 90%, it seems that yet again Western hegemonic thought processes are getting in the way of any clear thinking capabilities (feel free to argue the percentage or result-bias. You could view it from an adherents point of view but methinks the 95% is still overstated. As a further aside, and to back-up the whole “statistics and lies” argument, my early morning mathematics initially came up with a figure of 334,000 – does this point to a need to do more thinking in the middle of the day?).

Ok. Let’s concede that the percentage is merely a token statement of a broad generalisation as it is used by the Great Unwashed. Is there validity in the idea that something considered ‘truth‘ by more than half of the human population (again, conceding the numerical argument in a haphazard way) is actually true? Without drawing trivial examples of the fallibility of the human mind, perhaps the depth of feeling that ‘there’s something behind all of this’ would indicate a germ of origin or cause?

Here are a few quick thoughts on underlying causes:

But what if all of these are absolutely not the underlying cause?

What if the cause is something more tangled and mysterious? How about the idea that the SB is the ever elusive “i”? Who or what, is me? Could that very strong, primitive and immensely powerful call to believe be the outward expression of response to that faintly sensed cry in the wilderness of our own minds, as the self seeks to project its presence into the forefront of consciousness?

We could ponder those religions and philosophies that conclude that ‘i am God’ but real-world trivia precludes this just now.

We may have to just let those guys on our shoulders argue that one out for a while, as we go through the day-to-day.

p.s. For those whose minds become strained when presented with Academic laxity, the quote at the beginning of the post is from Percy Bysshe Shelley, from the newsletter “A Refutation of Deism” for which he was apparently booted out of Oxford. The perils of independent thinking. Actually, i believe that Shelley was merely (even if eloquently) reflecting the character of independent thinkers of his time, as a proponent to the Enlightenment ‘progressive social advance’ concept. Strange as it may seem, this is not an argument that i find all that compelling… but perhaps more on that another day).

p.p.s For those who have noticed my twisting of Voltaire’s oft-quoted words, well done!

← God vs. Science
Do Libertarians really understand their position? →

1 comment for “And on the 7th day, Man created God”